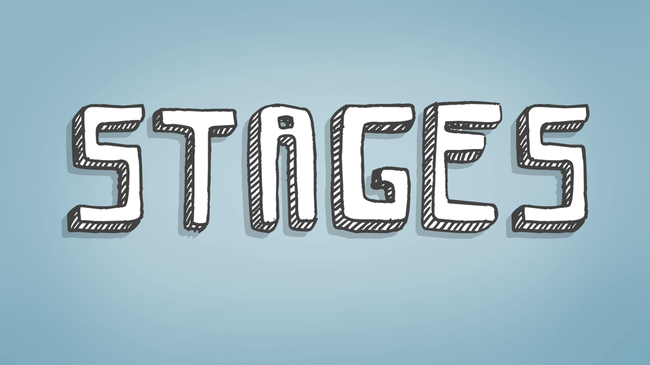 There are four commonly recognized stages of endometriosis. Endometriosis is staged based on the extent and severity of disease activity. Note that the stage of the endometriosis does not reflect the symptoms experienced – either pain, infertility, or other symptoms – it is based on the doctor’s observation of damage during diagnosis. For example, it is possible for a woman in stage l to experience severe pain, while a woman in stage IV may have little to no pain.

The majority of women with endometriosis are stage l or ll. Endometriosis can progress over time, especially if it is not treated.

The four stages of endometriosis

The stage of endometriosis is based on the location, amount, depth of infiltration, and size of the endometrial implants. Criteria include how far the endometrial tissue has spread in the pelvic cavity, which organs and structures are affected, how many adhesions (one organ or structure becoming stuck to another) are present, and whether the fallopian tubes have become blocked.

The classification is made during the same surgical procedure used to confirm the diagnosis, which is called a laparoscopy. During the surgery, a surgeon makes small incisions in the abdomen and inserts a tiny camera to observe the reproductive organs, intestines, and other surfaces.

In the minimal stage, there may be inflammation in the pelvic cavity and small lesions on organs. There are no adhesions.

During the mild stage, lesions are more common, but adhesions are limited. There may be shallow implants on the ovaries.

In the moderate stage, there are deeper implants on the ovaries and the walls of the pelvic cavity. The fallopian tubes may be involved. Lesions and scarring may be widespread, and there are multiple adhesions.

The severe stage describes disease in which deep endometrial implants are found in the ovaries and pelvic lining. The ovaries may be affected by endometriomas (blood-filled cysts). Adhesions can cause distortion of the organs. The bowel may be involved.

I’ve been there! Had a partial hysterectomy at 36 and today is the first time I’ve had pelvic pain to the point I ended up in the ER. And my surgery was… read more

© 2020 MyHealthTeams. All rights reserved.
MyEndometriosisTeam is not a medical referral site and does not recommend or endorse any particular Provider or medical treatment.
No information on MyEndometriosisTeam should be construed as medical and/or health advice.